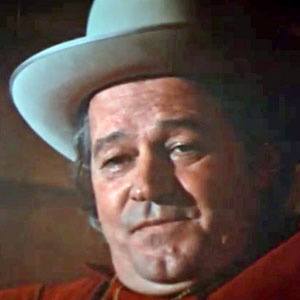 He played the stubborn Amity Island mayor, Larry Vaughn, in the thriller Jaws and its sequel Jaws II. His other well-known films include The Hustler, The Amityville Horror, and The Graduate.

He began his acting career in 1945 on the Broadway stage, where he later won a Tony Award for Absence of a Cello.

According to the scenarist on Jaws, he got the part of the mayor by being able to portray "weakness disguised as strength."

He was married to Terri DeMarco for nearly 30 years, and had one son named David.

He shared the stage with Henry Fonda in the wartime story classic film Mister Roberts.

Murray Hamilton Is A Member Of

Jaws
No Time for Sergeants
Born In 1923
Movie Actors