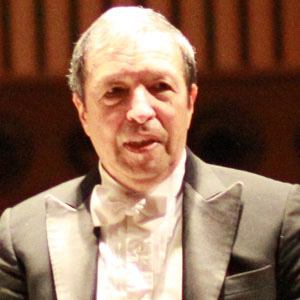 Concert musician who suffered major hand injuries in the early 1990s, halting his career while he underwent several operations.

His first teacher demanded that each piece be played to perfection before moving on, something he viewed as restrictive. He didn't become passionate about music until he was 15.

His musicality was greatly admired by Vladimir Horowitz, and he became close to Horowitz during the pianist's final four years, often visiting and playing for him.

His family was of Sephardi Jewish origin, and he first spoke Judeo-Spanish, also known as Ladino.

He studied Johann Sebastian Bach during his time away from performing, returning in the late 1990s with highly acclaimed recordings of Goldberg Variations and other Bach keyboard works.

Murray Perahia Is A Member Of