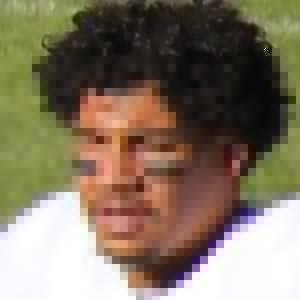 NFL tight end who was drafted by the Oakland Raiders in the sixth round of the 2013 NFL Draft. He was named First-Team All-SEC in his last season with the University of Tennessee Volunteers.

He won the West Valley League Championship with the Birmingham High School Patriots.

He became just the second Volunteers tight end to amass more than 1,000 receiving yards in his career at the University of Tennessee.

He was raised with two sisters, Naya, who went on to star on the series Glee, and Nickayla, who became a model and popular Instagrammer.

He and NFL Pro-Bowler Jason Witten are both former University of Tennessee tight ends.

Mychal Rivera Is A Member Of