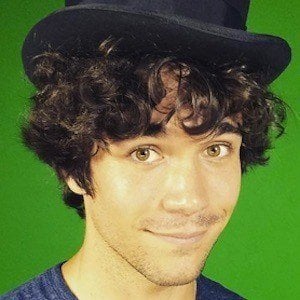 Actor known for playing the head Warbler on Glee in 2015. He also had a recurring role as Pi on Castle and has appeared in episodes of Bunk'd and Sam & Cat.

He attended New York University, where he was part of the Tisch School of the Arts and received a degree in drama.

He had roles in the movies There Is a New World Somewhere, As Night Comes, and Bert: The Emotion Picture.

He appeared alongside Nathan Fillion on Castle.

Myko Olivier Is A Member Of