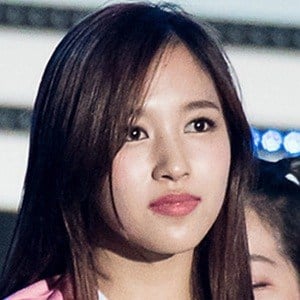 American-born singer best recognized as a member of the South Korean girl group Twice. The group was formed in 2015 on the reality series Sixteen.

She studied ballet for eleven years before beginning to train in modern dance. She was later scouted to JYP Entertainment in 2013.

She has appeared in music videos for a number of artists and groups including starring in GOT7's "Haji Hajima" and Wooyoung's "R.O.S.E."

Born in San Antonio, Texas, she moved to Kobe, Japan as a toddler.

She is joined in Twice by fellow singers Son Chae-young and Kim Dahyun.

Mina Is A Member Of