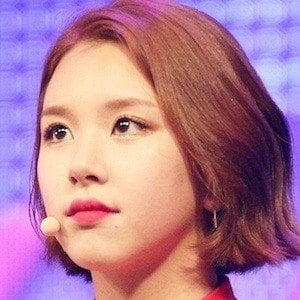 Korean rapper best known as the main rapper for the girl group Twice, whose debut EP The Story Begins was released in October 2015. She became a member of the girl band by surviving the music reality show Sixteen.

She attended a dance academy for one year while she was in sixth grade.

She appeared in the music videos for Got7's "Stop Stop It" and Miss A's "Only You" before she was famous.

Her full name is Son Chae-young. She was born in Seoul, South Korea and has a brother named Son Jeong-hoon.

She has been bandmates with Nayeon in Twice.

Chaeyoung Is A Member Of