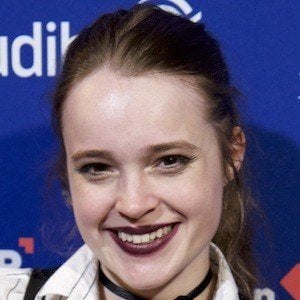 American actress who is best known for her roles in TV shows such as Boardwalk Empire and Elementary, and in films such as Admission. She is also known for being cast in the 2017 Netflix original series Seven Seconds.

She began performing early on before moving to New York where she graduated from the drama program at Fiorello H. LaGuardia High School. She received her Bachelor's Degrees in physics and psychology from the William E. Macaulay Honors College.

In addition to television and film, she also performed Off-Broadway in There Are No More Big Secrets at Rattlestick Playwrights Theater.

She was born in Columbia, SC; but moved to Pittsburgh, Pennsylvania at the age of one.

She stars alongside Jessica Biel, Bill Pullman, and Jacob Pitts in The Sinner.