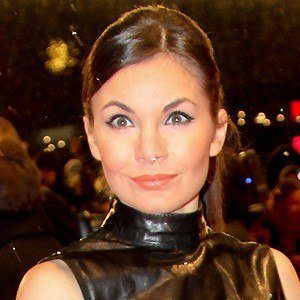 American actress known for her role as Ellen Burgin in the ZDF telenovela Alisa - Follow Your Heart for 122 episodes. She is also notable for her role in Storm of Love as Patrizia Dietrich.

She first appeared on screen in a 1999 short film called Mother and in a music video for the group, Band ohne Namen.

She was a member of the Grips Theater, Berlin for just over three years.

She was blessed with a son.

She was the voice of Smurfette in the 2011 animated adaptation of The Smurfs, which starred Hank Azaria.

Nadine Warmuth Is A Member Of