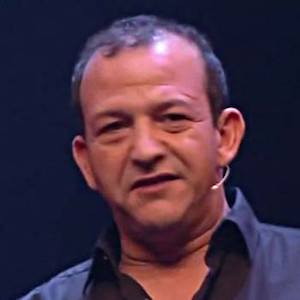 Moroccan-born Dutch comedian who is trademarked for his standup comedy about living in a multicultural society. He is also an actor and has appeared in films like Valentino and Hush Hush Baby.

He began doing standup comedy in 1989 performing in cabaret festivals. He also studied at Utrecht School of the Arts.

A professional drummer, he combined his music and comedy in the original shows Zorg Dat Je Erbij Komt and Alles Komt Goed.

He was married to Chafina Ben Dahman until 2009. He then married Niama Le Boudoir in 2012.

In 2015, he joined Achmed Akkabi in the cast of the television series Bluf.

Najib Amhali Is A Member Of