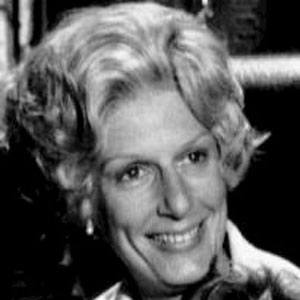 American actress who played the roles of Margaret Pynchon on the television series Lou Grant and Livia Soprano on the The Sopranos.

She became a member of The Actors Studio at a young age and made her Broadway acting debut in the 1951 production of The Taming of the Shrew.

She has won multiple awards for her work including 4 Emmy Awards and a Golden Globe Award.

She co-starred with James Gandolfini in the popular television series The Sopranos.

Nancy Marchand Is A Member Of

The Sopranos
The Naked Gun
Sabrina
Born In 1928