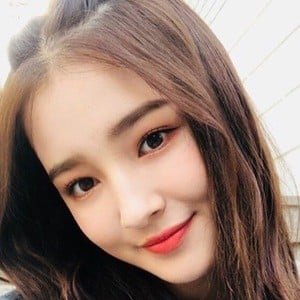 Youngest member of the South Korean girl group Momoland. The award-winning group released their debut EP Welcome to Momoland in 2016.

Raised in the United States, she returned to South Korea to attend high school at Hanlim Multi Arts High School.

In 2011, she competed on the first season of Korea's Got Talent.

Her father, Richard Jowel McDonie, is American, and her mother, Lee Myeong-ju, is Korean. Her older sister, Brenda, is a cellist.

In addition to MOMOLAND, she is also a member of Sunny Girls alongside Cheng Xiao and Eunha.

Nancy Jewel McDonie Is A Member Of