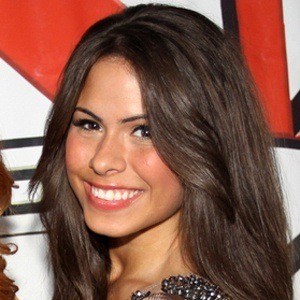 American pop singer who rose to fame as a member of the girl group Forever, formerly known as School Gyrls. She and the group are famous for singles like "The DJ is Mine" and "Can't Stop This Night."

She was featured in the 2012 film Wonder Girls.

She has a sister named Katie and a brother named Michael.

She was signed to the NCredible Entertainment label owned by Nick Cannon.

Natalie Aguero Is A Member Of