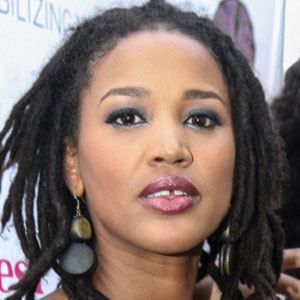 Known best as one half of the R&B and spoken-word duo Floetry, this British vocalist, rapper, songwriter, and poet also released several solo albums, including Floetic Soul and Rise of the Phoenix Mermaid. Her popular singles with Floetry include "Say Yes" and "Floetic."

Before signing with DreamWorks Records in 2002, she left her native England and performed on the spoken-word circuit in both Atlanta, Georgia and Philadelphia, Pennsylvania.

She studied at Middlesex University and the University of North London.

Born to Jamaican parents, she was raised in both England and Hong Kong.

She met her Floetry collaborator, Marsha Ambrosius, while both were students at London's BRIT School for Performing Arts and Technology.

Natalie Stewart Is A Member Of