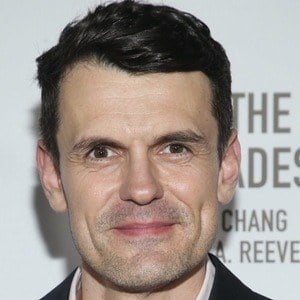 AACTA Award nominee for his performance as Borkman in the comedy series Sammy J & Randy in Ricketts Lane who is also notable for roles in the TV movie The Mystery of a Hansom Cab and ABC's The Code.

He graduated from the National Institute of Dramatic Art.

He has acted on stage in numerous Shakespeare productions, including Romeo & Juliet, Hamlet and Much Ado About Nothing.

He was born in Launceston, Tasmania, Australia.

He guest-starred in an episode of the Michael Schur comedy series The Good Place.

Nathan Lovejoy Is A Member Of