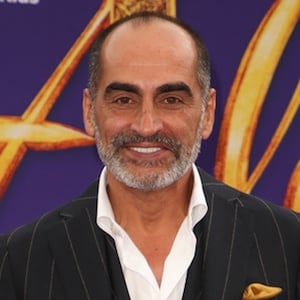 Iranian-American film and television actor whose storied career included a starring role is Disney's Aladdin and the villainous portrayal of Amahl Farouk / Shadow King in the second season of FX's Legion. He also played antagonist Abu Nazir in Homeland and has other film credits in 12 Strong, American Assassin, American Sniper and Atlas Shrugged: Part I.

He was eight years old when he became interested in theater.

He left Iran for Turkey at the age of 20, and then emigrated to Germany to work for a theater company. He moved to the United States in 1993.

He and Numan Acar shared film credits in Aladdin and 12 Strong.