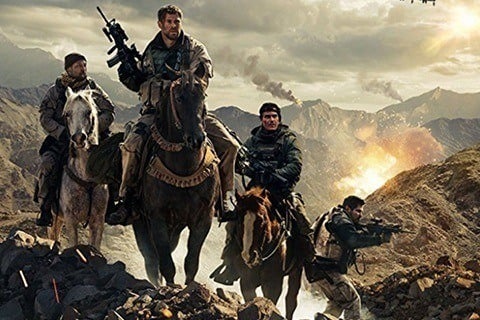 Also known as 12 Strong: The Declassified True Story of the Horse Soldiers, the war drama centers on a Special Forces team that is deployed to Afghanistan after 9/11.

It is based on the non-fiction book Horse Soldiers by Doug Stanton. Jerry Bruckheimer was a producer on the film.