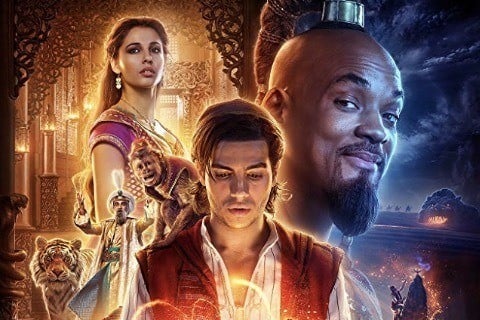 Live-action adaptation of the 1992 Disney film of the same name in which a thief falls in love with a princess. He also befriends a wish-granting Genie and must save his kingdom from the villainous Jafar. The film is written and directed by Guy Ritchie.

The filmmakers went through a thorough casting process to ensure that the actors were of Arabian descent. Mena Massoud, who plays Aladdin, was born the year that the Disney animated version was released.