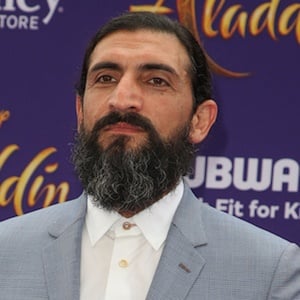 Turkish-born German actor and producer who starred as Hakim in the 2019 live-action version of Disney's Aladdin. He landed the role of Dimitri in Spider-Man: Far From Home and previously appeared in 12 Strong, The Great Wall, The Promise and the remake of Point Break, among others .

He emigrated to Germany in 1982 where he studied civil engineering for a time.

To begin his acting career, he performed in Turkish and German films. He launched Acar Entertainment in 2007. He portrayed Haissam Haqqani in the fourth season of Homeland

He was born in the Kelkit district of Turkey and lived in Erzincan until he was eight years old.

He and Nasim Pedrad both played supporting roles in the 2019 version of Aladdin.