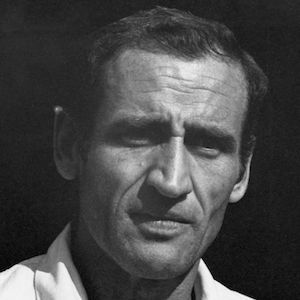 A colorful American figure of the Beat Generation, he served as the model for the character of Dean Moriarty in Jack Kerouac's 1957 novel, On The Road. Cassady's own published works include Pull My Daisy (a poem) and The First Third (a novel).

He lived on the streets with his alcoholic father and also spent time in reform school and prison.

He roomed for a time with author Ken Kesey and with members of The Grateful Dead.

He fathered four children, had an ongoing affair with Allen Ginsberg, and was married to two women simultaneously.

He is immortalized in Jack & Neal, a 1977 song by musician Tom Waits that describes a cross-country road trip with Jack Kerouac and Neal Cassady.

Neal Cassady Is A Member Of