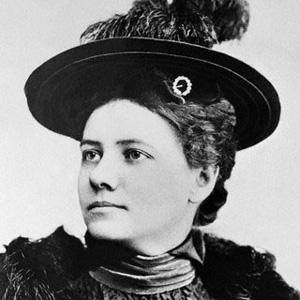 American journalist best known for her record-breaking trip around the world, inspired by author Jules Verne's book Around The World in 80 Days. She once faked insanity in order to do an investigative report on mental institutions.

Born Elizabeth Cochran, she only had enough money to attend one term of boarding school.

She is the protagonist of the 2014 novel The New Colossus, by Marshall Goldberg. She pretended to have a mental illness so she would be admitted to the Women's Asylum on Blackwell Island then wrote a best-selling report on the terrible conditions within the hospital, called "Ten Days in a Mad-House."

She married Robert Seaman in 1895.

She met science-fiction author Jules Verne on her trip in France.

Nellie Bly Is A Member Of