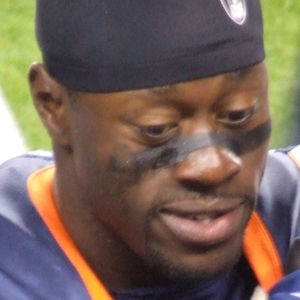 Former American football safety most known for his time with the Denver Broncos in the mid-2000s. He also spent time playing for the New York Jets and Houston Texans.

He signed with the Cincinnati Bengals in 1996 after going undrafted. He played college football at Georgia Tech and Morris Brown College.

He went back to school to get his degree in 2005, but wasn't able to participate in a graduation ceremony until 2011 due to NFL commitments. Early in his career, he played in the Canadian Football League and NFL Europe.

He was born to Marsha Levarity and Romer Ferguson.

He played in the defensive backfield alongside John Lynch while with the Denver Broncos.

Nick Ferguson Is A Member Of