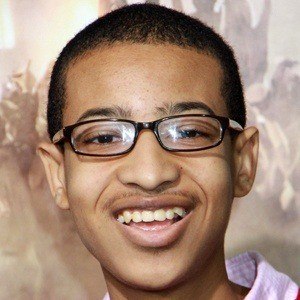 Actor who earned widespread fame for his role as Tyler in the 2012 comedy film Project X. Previously, he appeared on Curb Your Enthusiasm as the recurring Daryl Black.

He earned his on-screen debut credit for his 2006 role as a boy in an episode of Will & Grace.

He was born and raised in Torrance, California.

He appeared alongside Jamie Foxx in the 2009 film The Soloist.

Nick Nervies Is A Member Of