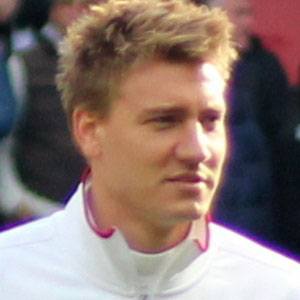 Striker who made his senior career debut in 2005 for Arsenal and joined Denmark's national team in 2006.

He began his youth soccer at age four with Tarnby Boldklub, then played in the youth systems of Kjobenhavns Boldklub and Arsenal.

His first career goal came 1.8 seconds after entering the game, and was a game-winning header off of a Cesc Fabregas corner kick.

Nicklas Bendtner Is A Member Of