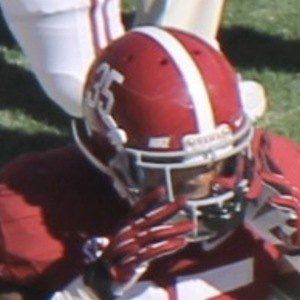 Linebacker who was drafted by the Kansas City Chiefs in the 2013 NFL Draft. He rose to national prominence as a three-time BCS national champion as a starting linebacker for the University of Alabama between 2010 and 2013.

He ended his high school football career ranked as a five-star outside linebacker recruit by Rivals.com. He was named to the U.S. Army All-American bowl.

He was named to the SEC All-Freshman team following the 2009 NCAA season. He finished the 2015 NFL season as part of the New York Giants' defense as a contributing outside linebacker.

He was born and raised in Andalusia, Alabama.

He began his football career at the University of Alabama as a back-up to eventual NFL linebacker Dont'a Hightower.

Nico Johnson Is A Member Of