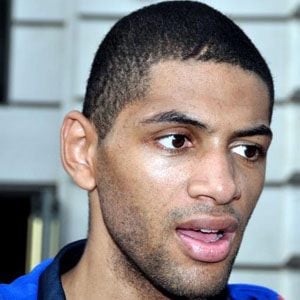 French NBA forward known for his 3-point shot and defensive prowess, featuring a ridiculous 7-1 wingspan. He debuted in the NBA with the Portland Trail Blazers in 2008 and was traded to the Charlotte Hornets in 2015.

He was named most valuable player of the Under-18 Albert Schweitzer Tournament in Mannheim, Germany as his French team won the title in 2006.

He was drafted 25th overall by the Houston Rockets in 2008 but never played a game for the team.

He was married to Melanie Pimentel from 2011 to 2013. His father, Richard, was a professional basketball player in France.

Nicolas Batum Is A Member Of