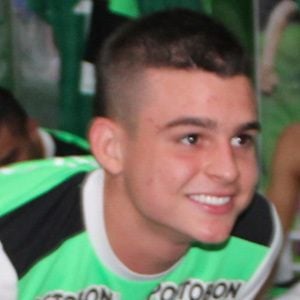 He started his youth career plating for the Deportivo Cali club and went on to join their senior squad in 2015. In 2018, he joined the Colombian national team.

He was initially named as one of Colombia's squad members for the Copa America Centenario.

He was born and raised in Cali, Colombia.

He shared a photo with fellow professional player Miguel Ángel Borja through his Instagram in December of 2018.

Nicolás Benedetti Is A Member Of