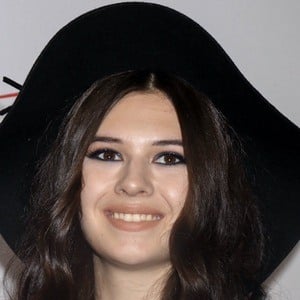 Transgender actress who was cast in the role of transgender superhero Nia Nal on The CW's Supergirl. She is an activist whose fight for the right to use a female restroom at her high school resulted in a change of Maine's state laws.

She spent her early years in Gloversville, New York before moving to Portland, Maine.

She presented a TEDx talk about growing up transgender in 2016.

She has an identical twin brother named Jonas.

She was cast alongside Melissa Benoist on Supergirl.

Nicole Maines Is A Member Of