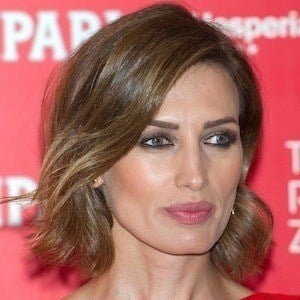 Fashion model and television personality who modeled for labels like Armani, Hermés and Yves Saint Laurent during her career. She later transitioned to television work, hosting the fashion show Flash Moda starting in 2012.

She came to prominence in the early 90s, when she became a finalist in the Elite Look of the Year contest.

She detailed her struggles with anorexia as well as its pervasiveness in the modeling industry in her book I Overcame Anorexia (2001).

She was married to Italian photographer Marco Severini from 2002 to 2015. She has children named Adriano, Bianca and Brando with Severini.

She has modeled for Christian Dior.

Nieves Álvarez Is A Member Of