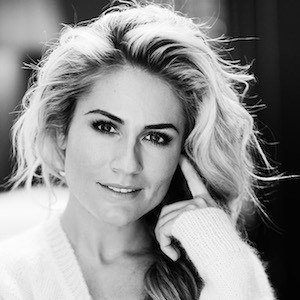 Designer who is famous as the founder of the Dutch brand NIKKIE. She launched the company in 2011, and in 2015, launched the children's line NIK & NIK. She has also appeared in Dutch TV as an actress and host, including for RTL Boulevard.

She studied at the University of Amsterdam. She earned her first acting credit on the Dutch TV series Onderweg naar Morgen.

She gained popularity for her role on the Dutch TV comedy Kees & Co. as Mariël Speier. She would later appear as Irina on the TV series HotNews.nl during its fifth season.

She shares two children named Jolie and Alain with her husband Ruben Bontekoe.

She has appeared alongside host Albert Verlinde on the Dutch fashion and lifestyle show RTL Boulevard.

Nikkie Plessen Is A Member Of