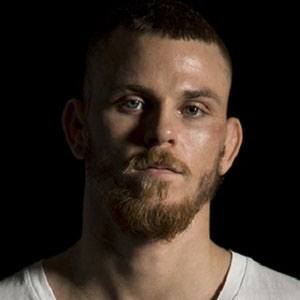 NHL goaltender who joined the Minnesota Wild in 2006 and became the franchise's career leader in a number of stats, including wins and games started in net. His rookie year he went 23-8 with a remarkable 1.97 goals against average.

He is often confused with Swedish center Nicklas Backstrom, whose name is spelled the same in English characters apart from a "C" before the "K" in "Nicklas."

He was a finalist for the Vezina Trophy, given to the league's top goaltender, in 2009, but the legendary New Jersey Devils keeper Martin Brodeur edged him out.

Niklas Backstrom Is A Member Of