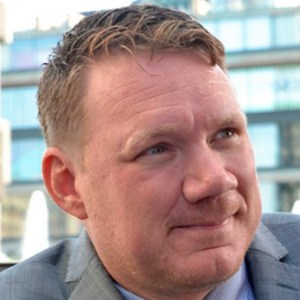 Swedish journalist, writer, and television personality who is best recognized for his work as a writer for the Expressen newspaper. He is also known for having founded his own news company in 2006 entitled Nyhetsbolaget.

He was featured on the Fokus press outlet's list of the "100 Most Power People of Sweden" in their December of 2012 issue.

He was born and raised in Sweden and married Lisa von Garrelts. Together they have three children.

He co-wrote the book Robinsonboken with reality television star and winner of the first season of Expedition Robinson, Martin Melin.

Niklas Svensson Is A Member Of