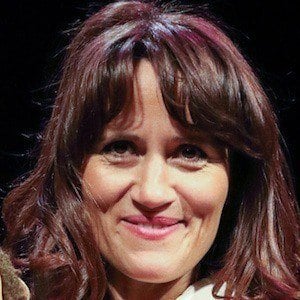 Notable for her appearances on the comedy TV series Family Tree and Bromwell High, she is also famous for her work as a stand-up comedian and ventriloquist. She is particularly loved for her humorous "Granny" and "Monk" puppet characters.

After earning a philosophy degree from the University of East Anglia, she performed with the Royal Shakespeare Company and went on to stage her first comedy puppet show, Let Me Out!!!

She was the 2002 recipient of a BBC New Comedy Award, and she won the 2008 Barry Award for a live comedy show titled Complete and Utter Conti.

She and Jeff Dunham are both well known ventriloquists and comedians.

Nina Conti Is A Member Of