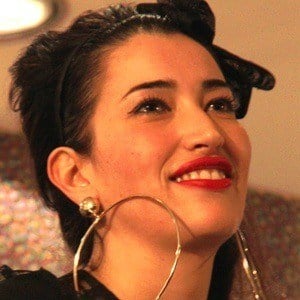 She founded her first band called The Jerks in 1997.

She became a judge on the sixth season of Italia's Got Talent.

She was born Maria Chiara Fraschetta in Piacenza, Italy. She moved to Ireland at 13 where she first started performing live. She has been dating Omar Hassan since 2018.

She and Maria De Filippi have both been judges for Italia's Got Talent.

Nina Zilli Is A Member Of