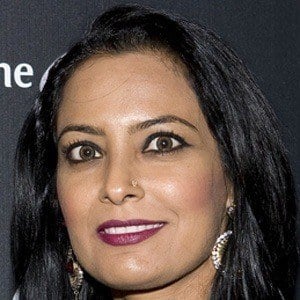 Singer, rapper, and music producer who rose to fame in 2011 for her debut album Nindypendent. Several of her singles have been featured in Bollywood movies like Aloo Chaat.

She began her musical career in 2004 touring with the Bhangra duo Shezad Roy and Sukhbir in the United States.

In 2014, her rendition of "Sharabi" appeared in the film Happy New Year.

She married rapper and music producer Manj Musik and the couple have one child, Anoop Singh.

Nindy Kaur Is A Member Of