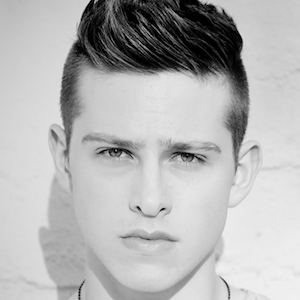 Former lead vocalist of the Los Angeles-based boy band Exist Elsewhere. He is a guitarist, pianist and songwriter. He launched his solo project LOVR in February 2016.

He came to America with the influence of UK music in his background.

He was related to composer Irving Berlin.

Noah Benardout Is A Member Of