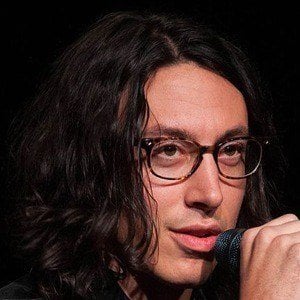 Indie folk singer-songwriter and founder of the band The Courage. He's also known for his solo career, including his EPs Saints & Liars and Family. His hit title song "Family" was handpicked by Kurt Sutter for the hit show Sons of Anarchy.

He formed his first band called Beneath Oceans with a few friends from high school. He left home at 18 to further pursue his music career.

His song "Day is Gone" was nominated for an Emmy Award for Original Music and Lyrics and later appeared on the TV show The Vampire Diaries.

He is the oldest of five biological and three adopted siblings. He was homeschooled and brought up in a deeply religious household.

He's known for his dreadlocks which are said to pay homage to his musical inspiration Adam Duritz from the Counting Crows.

Noah Gundersen Is A Member Of