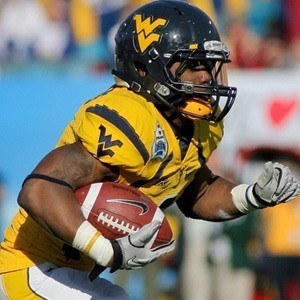 Undersized running back with incredible speed and shiftiness who debuted professionally in the United Football League and later joined the Canadian Football League.

He played football at North Fort Myers High School in Florida, averaging 11.5 yards per carry as a junior.

He played college football at West Virginia, where he racked up 1,316 all-purpose yards his freshman year.

He has four children: Andre, Desirae, Destyni, and Noel Jr.

Noel Devine Is A Member Of