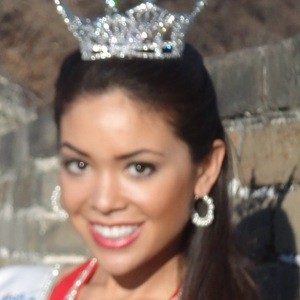 Pageant contestant who came in 5th place in Miss America 2012. She majored in public relations and advertising from Chapman University and found The DMS Agency.

She went to a Golden State Warriors game with her dad in February 2018.

She and Laura Kaeppeler both competed in Miss America 2012.

Noelle Freeman Is A Member Of