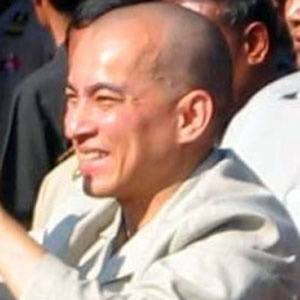 Cambodian cultural ambassador to Europe who succeeded his father as King of Cambodia in 2004. He has spent most of his life outside Cambodia and spent twenty years living in France.

He studied dance and was a ballet instructor in France.

He was Cambodia's delegate to UNESCO, a cultural agency of the United Nations.

His father, Norodom Shinanouk, was twice King of Cambodia and he has 14 half-brothers and half-sisters by his father's various relationships.

His father was Norodom Shinanouk.

Norodom Sihamoni Is A Member Of