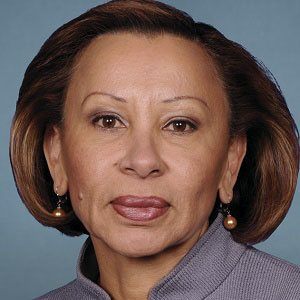 In 1993, this Democratic Party politician was elected to the United States House of Representatives for New York's twelfth district. She served in this capacity for twenty years and, in 2013, was re-elected to Congress as a representative of her state's seventh district.

After graduating in her mid teens from the University of Puerto Rico, Rio Piedras, she earned her master's degree in political science from New York University. In 1983, she began her political career as a member of the New York City Council.

The first Puerto Rican female member of the U.S. House of Representatives, she chaired the Congressional Hispanic Caucus for several years.

The children of a sugar cane farmer and political activist, she and her eight siblings grew up in Yabucoa, Puerto Rico. After settling in the United States, she married Paul Bader.

During the early 2000s, Velazquez and fellow Democrat Kathleen Rice both represented districts of New York in the United States Congress.

Nydia Velazquez Is A Member Of