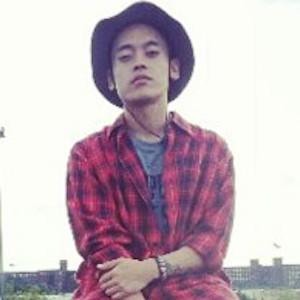 Korean rapper known for his various collaborations as well as his solo work. He started by releasing mixtapes with The Cohort, then signed with Hi-Lite and released his first album in 2012. He collaborated with Keith Ape on the song "It G Ma," which has over 16 million hits.

He studied biology in college and was prepared to pursue a career in the field when his music took off.

Unlike his colleagues, many of whom have appeared on the Korean talent show Show Me The Money, Okasian has been hesitant to dive into the spotlight.

He was born in the United States, but grew up in South Korea before returning to the US in high school. He then returned to South Korea after college and stayed to pursue his music career.

He had a well publicized beef with Cohort member Dok2, who criticized "It G Ma."

Okasian Is A Member Of