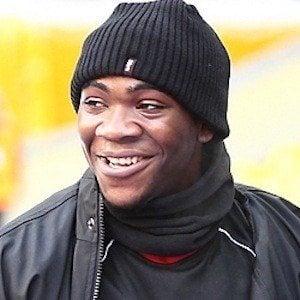 Liberian-born Dutch soccer winger who established himself in Portugal's Primeira Liga with Benfica. While with the club, he's been loaned out to Hamburg of the Bundesliga and Reading of The Championship.

He joined DES Nijverdal very early in his soccer career (1998) before moving to Twente in 2002. He made his senior debut with the club in 2010.

He grew up in the Netherlands after his family escaped from Liberia when he was two years old and has played for Holland's national team.

He lost his father during the First Liberian Civil War. His brothers, Collins and Paddy, have both played professional soccer.

He and Nicolas Gaitan have played together on Benfica.

Ola John Is A Member Of