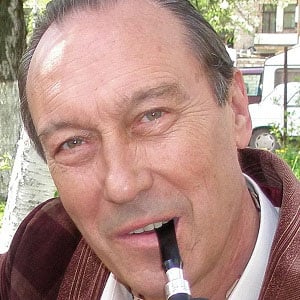 Russian actor who became one of the most respected of his time with roles in films like 1975's The Mirror, 1987's The Kreutzer Sonata and 2009's Tsar. For his work, he earned the distinguished title of People's Artist of the USSR.

He made his screen acting debut in 1968, when he starred in Two Comrades Were Serving as well as The Shield and the Sword, both of which were World War II movies.

He won posthumous Best Actor awards at the Nick Awards and the Constellation Film Festival for his role in the film adaptation of Anna Karenina.

He was directed by Andrei Tarkovsky in the films The Mirror and Nostalghia.

Oleg Yankovsky Is A Member Of