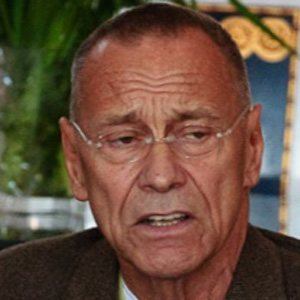 Visionary Russian filmmaker who made dense, artistic films like Andrei Rublev, Solaris, The Mirror, and Stalker.

His first feature Ivan's Childhood won the top prize at the Venice Film Festival and earned him attention from critics.

He was praised by directors like Ingmar Bergman and lauded with the Lenin Prize in his home country.

His father Arseny Tarkovsky was a noted Soviet poet.

His best-known film Solaris was remade in 2002 and starred George Clooney in the lead role.

Andrei Tarkovsky Is A Member Of