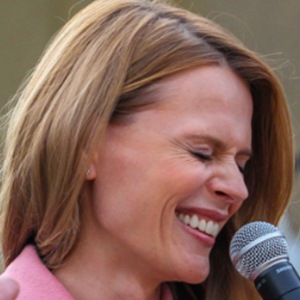 Ukrainian television presenter, actress, and journalist who is best recognized for her work hosting the programs Olya, The Voice of Ukraine, and Revizor. She is also known for having acted in several feature films including Double Life in 2013 and Our Lady in Warsaw in 2016.

She earned her Masters degree in International Journalism from the University of Lviv and the University of London. She started her career as a journalist working for the BBC. She went on to host her own program Lift in 2008 as part of the Novyi Kanal network.

She was featured in the New Time Magazine Top-100 Successful Women from the Ukraine list in December of 2017.

She was born and raised in Novyi Rozdil, Lviv Oblast.

She appeared as a guest on the 2018 series of the show Bytva Ekstrasensiv where she starred alongside judges Uri Geller and Sisco Gomez.

Olha Freimut Is A Member Of