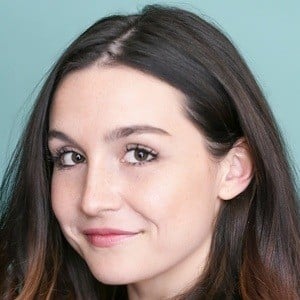 Aspiring filmmaker as a writer, producer, director and actress who is the daughter of actress Diane Franklin and producer Ray DeLaurentis.

She started to create movies as early as the age of five.

She garnered acclaim in consecutive years at the L.A. Film Festival with her short film entries Lovechild and Humanized.

She began a relationship with actor Ari Stidham. She has a brother named Nicholas.

She is a distant relative of Italian film producer Dino De Laurentiis.

Olivia DeLaurentis Is A Member Of