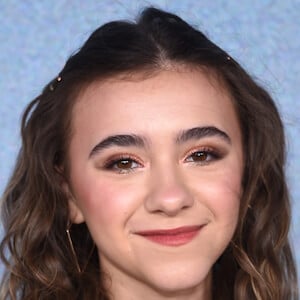 She first began acting professionally in 2014 when she started earning guest roles in comedies like The Mysteries of Laura and Crazy Ex-Girlfriend.

In 2015, she made a guest appearance on the Netflix series Unbreakable Kimmy Schmidt.

She has an older brother named Justin.

In the FX sitcom Better Things, she stars alongside Pamela Adlon and Hannah Alligood.

Olivia Edward Is A Member Of