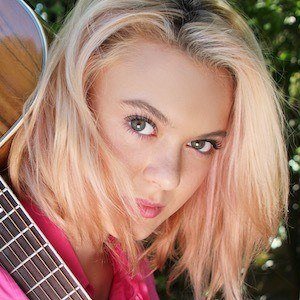 Top 10 finalist on the final season of American Idol who previously competed in season 8 of America's Got Talent.

She was a child actress, starring in a local Boulder, Colorado production of the musical Annie. She wrote her first song on piano when she was four years old. She starred in a feature film called Olivia Rox! The Movie at the age of ten.

She was almost cast in the Disney pilot for Bits and Pieces. She booked a role in a sci-fi film called Tears and was featured in a commercial for AT&T.

Her father is saxophonist Warren Hill and her mother is music producer Tamara Van Cleef.

She sang alongside former American Idol champion David Cook during her time on the show.

Olivia Rox Is A Member Of