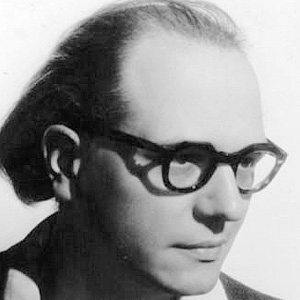 French composer, ornithologist, and organist who was one of the major composers of the 20th century. He was known for his complex rhythms that were inspired by Greek and Hindu repertoire. He frequently employed modes of limited transposition.

He enrolled in the Paris Conservatory at the young age of 11. He was made a prisoner of war in France during World War II, where he composed and performed a piece of chamber music with his fellow prisoners.

He was influenced by many aspects of his life, including his Roman Catholic faith, Japanese music, the Bryce Canyon landscape in Utah, and the life and work of St. Francis of Assisi.

He married the violinist Claire Delbos in 1932.

He studied composition under Paul Dukas at the Paris Conservatory.

Olivier Messiaen Is A Member Of