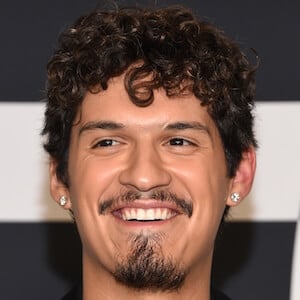 Singer and guitarist whose career first gained traction online with the release of tracks like "UGOTME," Brakelights" and "Beauty Boy." His debut EP, Stereo, was released in May 2018.

He grew up in Hobart, Indiana. He learned how to play guitar from watching others play on YouTube.

His song "Hijo de Su Madre" was featured on an episode of the third season of HBO's Insecure.

His real name is Omar Velasco. He has a sister.

Omar Apollo Is A Member Of